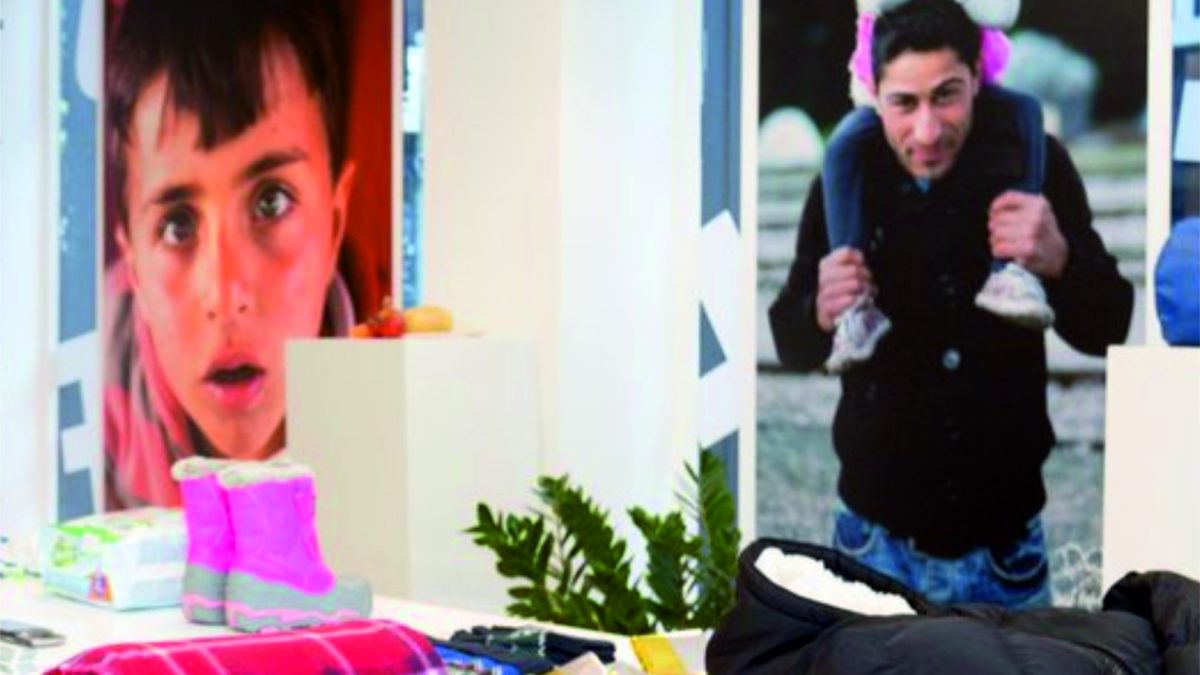 In 2015, Europe saw the biggest influx of migrants and refugees since the second world war. Arrivals peaked at 1 million that year. Although the figures have dropped sharply since then, the underlying factors behind the migrant crisis -economically crippling effects of human-caused climate change and military conflict- have not disappeared and many fear that the numbers could rise again soon. Most refugees come from Somalia, Sudan, South Sudan, the Democratic Republic of Congo, the Central African Republic and Eritrea, but there are also many Afghans and Syrians.

Reading about the refugee crisis can be overwhelming for most people, because you can get the feeling that there’s not much any single person can do individually to make a substantial difference. To address this, a UK-based charity called Help Refugees created Choose Love, the world’s first store that sells real products for refugeees. Every time you buy an item in the store, a refugee somewhere will receive an item just like that one. What I found especially interesting about the idea is that it makes the drama of refugees almost tangible and it is a simple and practical way to help vulnerable people, desperately in need of the most basic things.

Now on its second year, the pop-up store, located in London’s Soho, opens for one month (between Black Friday and January sales) and sells anything from nappies to sleeping bags.

The shop is organised around three areas, each representing a specific part of the “journey” of a refugee. “Arrival” includes basic emergency items, like hot meals, children’s coats and emergency blankets, “Shelter” includes things like tents, sleeping bags and hygiene kits, “Future” includes women’s support, mobile phones, legal advice and school bags. Each item you buy goes directly to someone who needs it.

Help Refugees started three years ago when a group of friends raised money to take a van full of donations to the so-called “Jungle” camp in Calais. Today, the charity works across 10 countries in Europe, the Middle East and the US, filling the gaps left by larger NGOs and by governments.