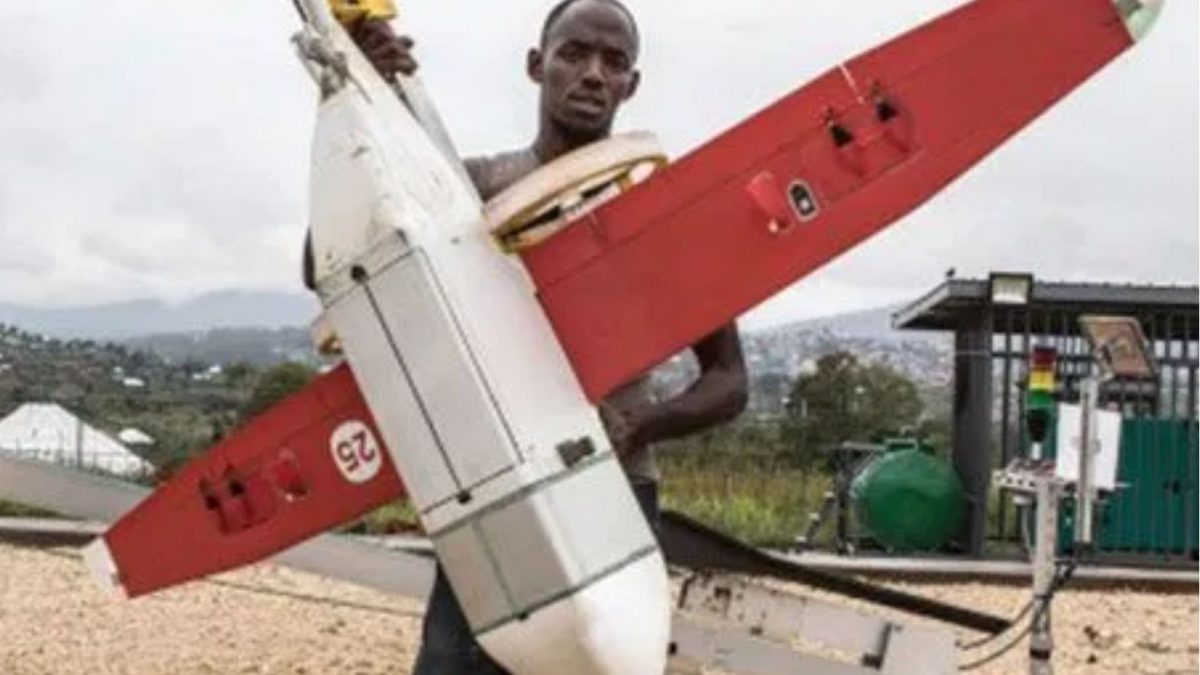 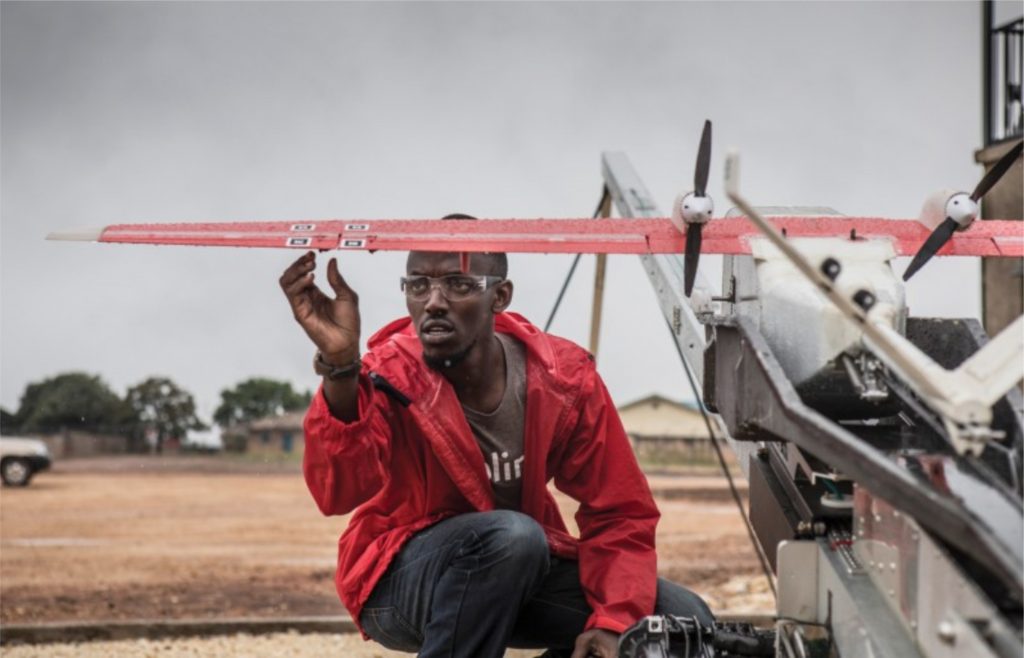 Zipline is a California-based startup that runs a drone delivery service that provides blood and drugs to remote medical centers in Rwanda. Its fixed-wing drones can fly farther, faster than other types of drones, like quadcopters, and they can also fly in adverse weather conditions. Zipline can deliver a wide range of essential medical supplies nationwide, including cold-chain-dependent products and is in negotiations to expand to other types of health products, like animal vaccines and artificial insemination. Its drones have already flown more than 300,000 kilometers in over 4,000 flights.

Since its service started in 2016, Zipline has developed more and faster drones and has improved its logistics system. To increase the efficiency of its operation, it now uses computer-vision technology to assist with pre-flight checks. The time between receiving an order and having the drone in the air again, for example, has been reduced from 10 minutes to just one. This means that a single center can handle up to 500 flights each day.

Each Zipline drone can carry a load of up to 1.75 kilograms on a round trip of 160 kilometers. Speed is fundamental in emergencies. Rwanda is one of the poorest countries in the world and road infrastructure consists of mostly winding dirt roads, many of which become impassable in bad weather. Doctors in rural or remote areas cannot perform life saving operations if there is no blood for transfusions.

Zipline’s dual-engine drones fly themselves using a pre-programmed route based on real-time knetic satellite navigation. They can fly at up to 100km per hour, using GPS and other sensors. Once they reach their destination, they drop their cargo from the air, with a paper parachute, to a predetermined landing site and return to base. More than half of Rwanda’s district hospitals can be served from just one site. Many flights can be launched in as little as 45 minutes after the order has been placed. The company has now launched a similar operation in Tanzania.

You can read much more about Zipline on this article from the MIT Technology Review. 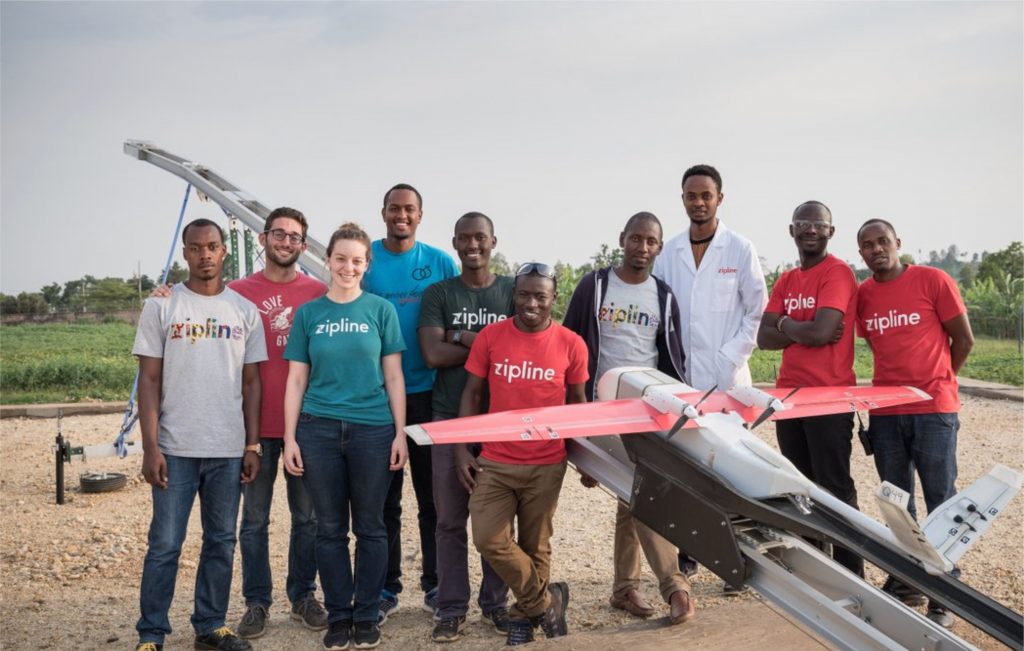