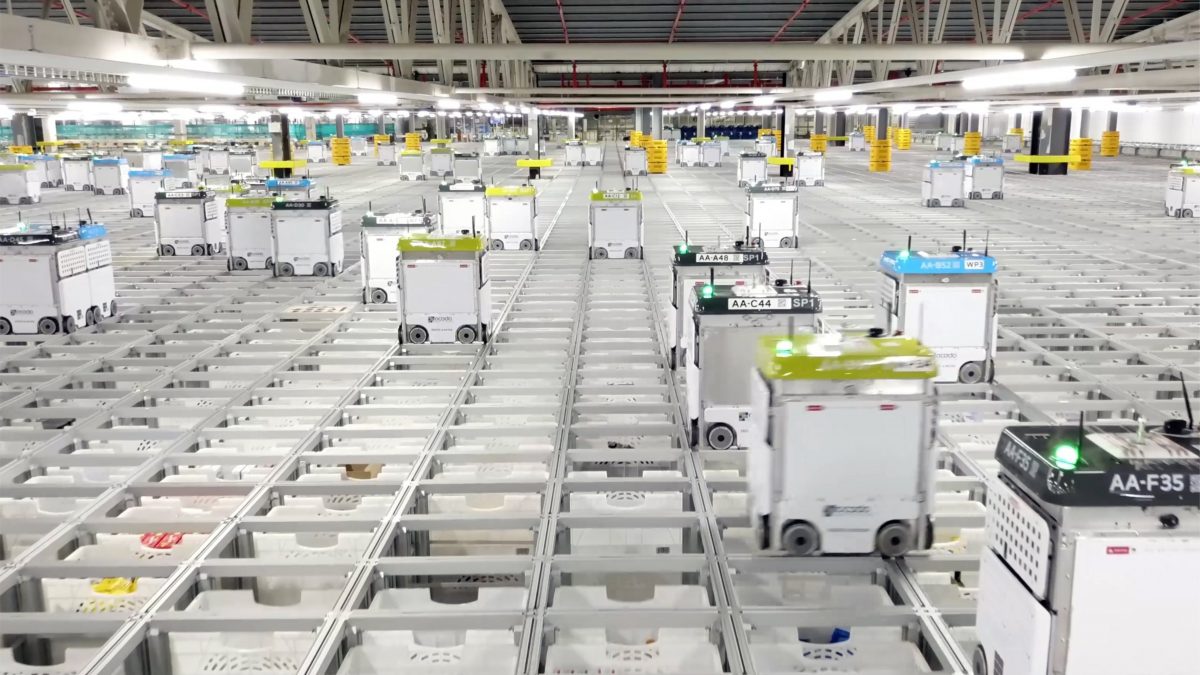 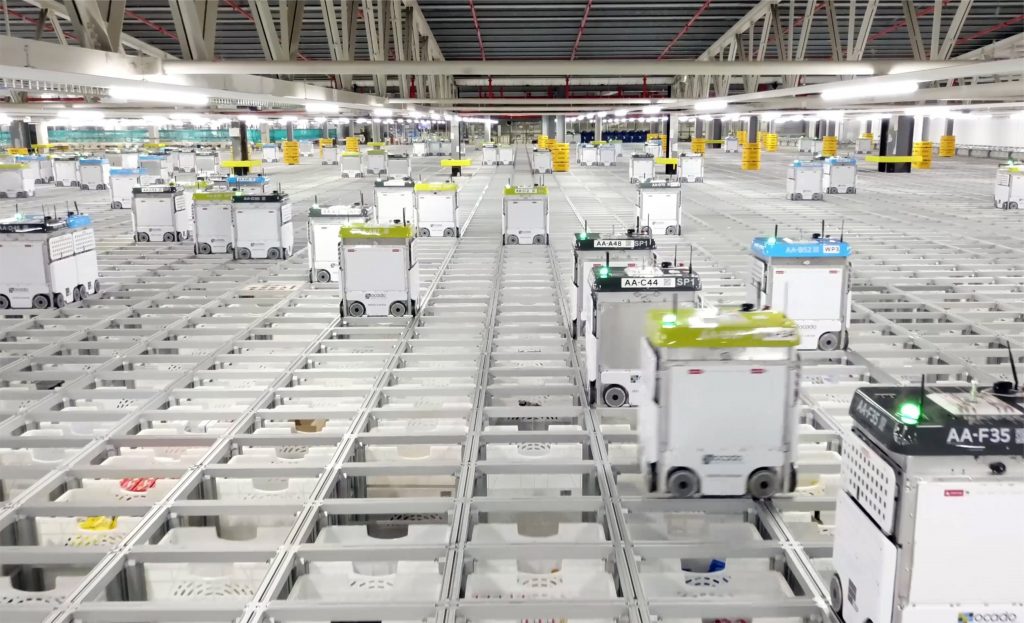 Ocado is the world’s largest online grocery retailer, with more than 580,000 active customers and more than £1 billion in sales annually. Because the British company has no physical stores it has been a pioneer developing highly-automated warehouses, equipped with state-of-the-art technology. Ocado recently overhauled its warehousing system with robots to increase its efficiency.

This video shows one of its warehouses, located on the outskirts of Andover, southeast England. A huge space populated by swarms of robots and run by a central computer that controls the massive traffic system using algorithms. The communication system is a breakthrough in radio design. It is the most densely packed cellular network in the world, which allows reliable and predictable communication, 10 times a second, with every one of thousands of robots.

To run a warehouse like this, which when finished will have the capacity to process 3.5 million items (around 65,000 orders every week), the space has to be used as efficiently as possible. Items are stacked in crates, up to 17 boxes high, with the most frequently bought articles on top. The robots move horizontally in every direction along a grid on top of a three-dimensional “matrix”. Ocado’s robots can now prepare a typical 50-item order in five minutes.

Ocado has already signed agreements to provide its technology in supermarket chains in France, Canada and Sweden.

This is how all warehouses will be run in the future. Mesmerizing to watch.