Reggae and the Dragon 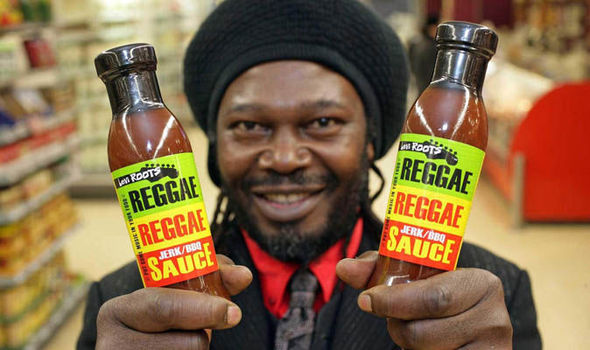 Keith Graham, better known as Levi Roots -his Rastafari name- is a reggae singer from a little village in Clarendon, Jamaica, whose family moved to London in the 70s. After having 7 children (from 6 different mothers), he found it increasingly difficult to make ends meet at the end of the month just with his music. He started making a special version of the typical Jamaican jerk sauce from his small kitchen, with the help of his children, which he would then sell at the Nottinghill Carnival.  In 1991 he opened there the Rasta’raunt, a kind of Caribbean restaurant, where he sold his increasingly popular sauce for 15 years.

Banks and business continuously rejected him and no one would invest in the product. That’s until he appeared on the popular show Dragon’s Den, a reality show where entrepreneurs pitch their ideas to a group of venture capitalists.

Although in front of the investors he kind of messed up because he got his numbers wrong, he did manage to captivate them and the challenge seemed attractive enough for two of the investors, Peter Jones and Richard Farleigh, who together invested £50,000 in exchange for a 40% stake of the business. This is the video of his famous pitch.

His Reggae Reggae Sauce became an instant success. Within weeks more than a hundred thousand bottles of the delicious sauce were produced and it flew off the shelves of Sainsbury’s supermarkets. Levi went to Sainsbury’s with his children to actually see the family sauce in the shelves and they cried together in excitement when they saw it. The sauce is now even advertised on TV. The £2 million ad campaign has been created by Aardman, who also produce the Wallace and Gromit animated films.

His Levi Roots range of products continues to grow and includes other Caribbean inspired sauces, wraps, pizzas, snacks and even soft drinks, as can be seen on his website. He has hosted his own series “Caribbean Food Made Easy” on BBC Two and has published six cookbooks. He now also gives conferences about entrepreneurship in schools. His children are all doing pretty well, some continue in the business others trying to do other things.