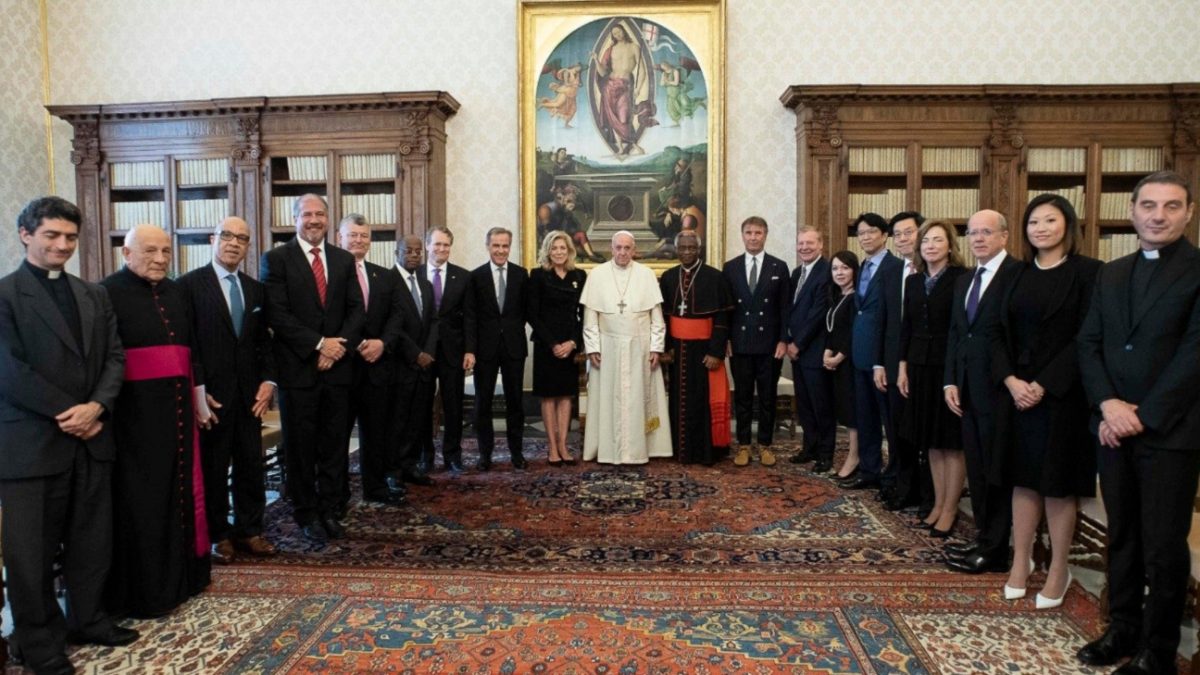 Lynn Forester de Rothschild is an American-British businesswoman. She’s married to Sir Evelyn Robert de Rothschild, a member of the famous Jewish family of bankers –originally from Frankfurt- that have for centuries have financed and managed European noble houses. Lynn has always been involved in social issues, including micro-finance and women’s rights. Apart from sitting on the board of several global companies and being a trustee of several foundations, in 2006 she was appointed a member of the UN Advisors Group on Inclusive Financial Services, an initiative that brings together governments, regulators and private companies to rethink financial services.

In the year 2014, Lynn founded the Conference of Inclusive Capitalism in London. The objective: adjusting how capitalism works so that more people can benefit from it.

Today, her Coalition for Inclusive Capitalism, a not-for-profit organization dedicated to economic and social inclusion, engages leaders in business, government and civil society to make capitalism more equitable and sustainable. It has managed to bring together business leaders like former CEO of Credit Suisse Tidjane Thiam, corporate giants like Bank of America, BP, Estée Lauder, EY, Johnson & Johnson, Mastercard, Merck, Salesforce, and Visa, some of the world’s biggest foundations, government bodies and the world’s largest worker’s rights group, the International Trade Union Confederation, to rethink capitalism so that it benefits all stakeholders, not just shareholders. Each organization has pledged to change important aspects of its business model. Some are committing to proactively hiring minorities, others are committing to making sustainability a key aspect of their value chains or training people from low-income neighbourhoods. Together, these leaders represent more than 10.5 trillion US dollars in assets under management.

Now, the coalition has received the backing from Pope Francis himself. The coalition first met with the Holy Father in 2016, in a business forum organized at the Vatican. This week they have announced the alliance, with Pope Francis becoming its main advisor and most of all, a moral leader. The coalition has made it clear, however, that the initiative is firmly non-sectarian and it is not affilliated to any particular religious group. Rather, it appeals to principles that Aristotle already spoke about in his time, that people need to be responsible for each other. The Pope has on numerous occasions denounced the excesses of capitalism and criticized the way it has excluded millions around the world. He has also addressed global warming, a challenge that is also on the agenda of the coalition.