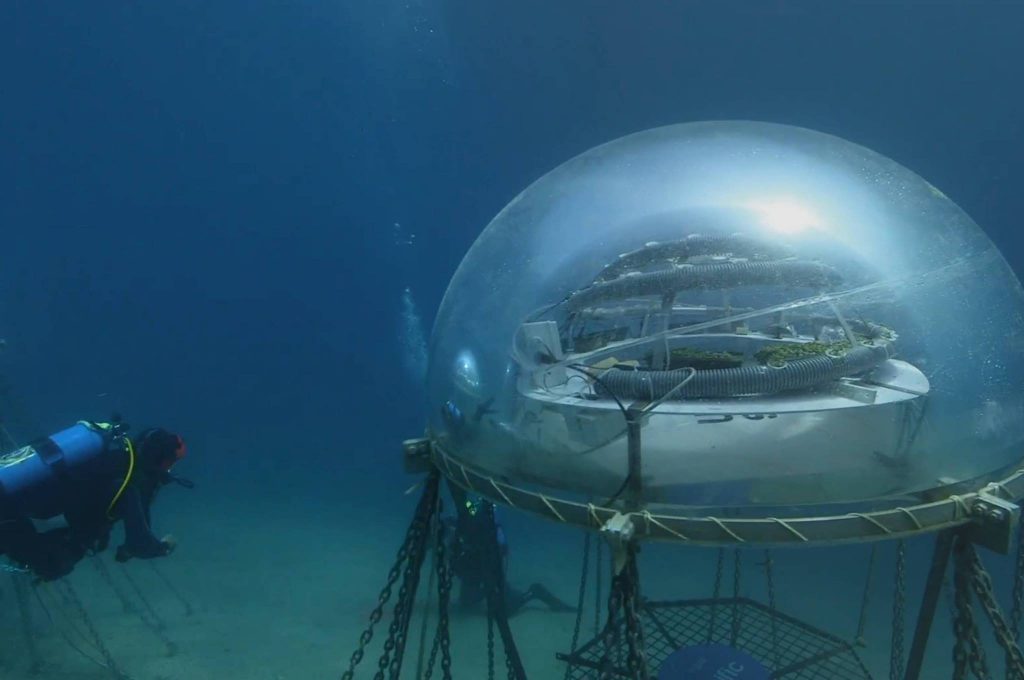 Three years ago, Sergio Gamberini, president of an Italian scuba and snorkelling equipment manufacturer, started an experiment. Armed with his knowledge of the sea and his expertise with technology, he decided to grow plants underwater in “biospheres” submerged eight meters below the surface, close to the Ligurian coast. This system does not need power, temperature regulation systems or LED lighting.

Gamberini, who gave the experiment the name Orto di Nemo -Nemo’s Garden- after Jules Verne’s Twenty Thousand Leagues Under the Sea, believes the answer to scarcity of food in the future, for millions of people, lies underwater. Traditional farming is becoming more and more competitive, land more expensive and is still exposed to the unpredictability of climate and pests. The intensive use of pesticides also has a toll on the environment.

The method used by Gamberini is a version of hydroponics, creating fresh water via desalination. When the seawater inside the structures evaporates, drops condense on the acrylic surface and then drip back down as fresh water to irrigate the plants, creating a self-sustainable system. The absence of irrigation is the main reason why this approach to farming could be particularly important in desert areas, like some countries in the Middle East, in tiny tropical countries where there is not much suitable land to plant or fresh water, and in areas impacted by climate change or drought, like California.

The plants in the submerged pods get all they need from the light filtered from the surface and the steady temperatures of the surrounding ocean.

After a few failures, Gamberini and his team have improved the technology and design of the biospheres. The current setup consists of seven pods, each of which can hold around 8-10 trays or 22 plant pots. The equipment in each pod includes sensors, internal and external webcams, fans, wi-fi and intercoms. They have a permit from the local government to operate for five months of the year. They have patented the pod structure and are now ready to scale up their testing with the ultimate aim of commercialising its operations.

Although currently only tomatoes, beans and lettuce are being grown, the project has already drawn the attention of pharmaceutical companies who are interested in the research done so far and have also rented some of the biospheres so the experiment can be further studied. They believe plants growing underwater may produce interesting discoveries in the future. One of the more interesting findings from the data gathering Gamberini’s team has done so far indicates that crops underwater grow faster than their counterparts in land, this may be due to the stronger pressures.

Gamberini and his team are still experimenting with the optimal size, shape and depth of the biospheres. One of the challenges ahead is creating an infrastructure that does not require professional divers to plant, tend and harvest the crops, but the results are promising. 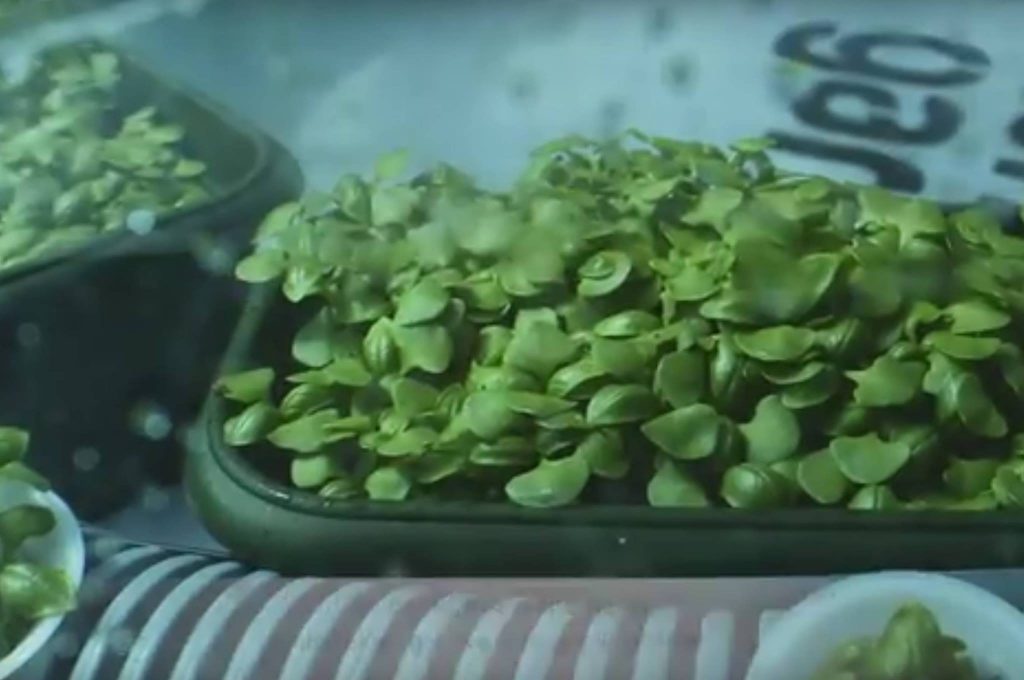 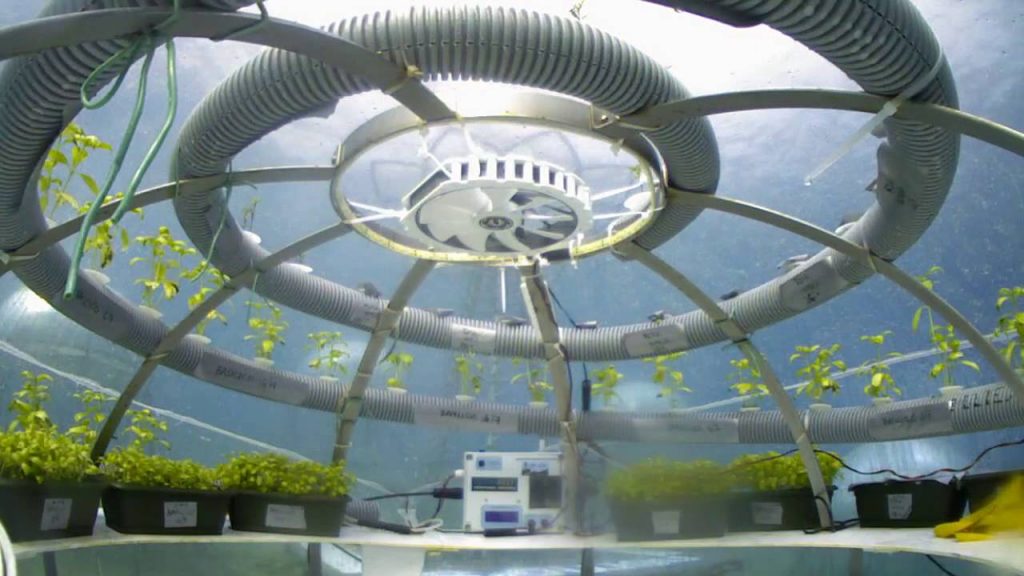