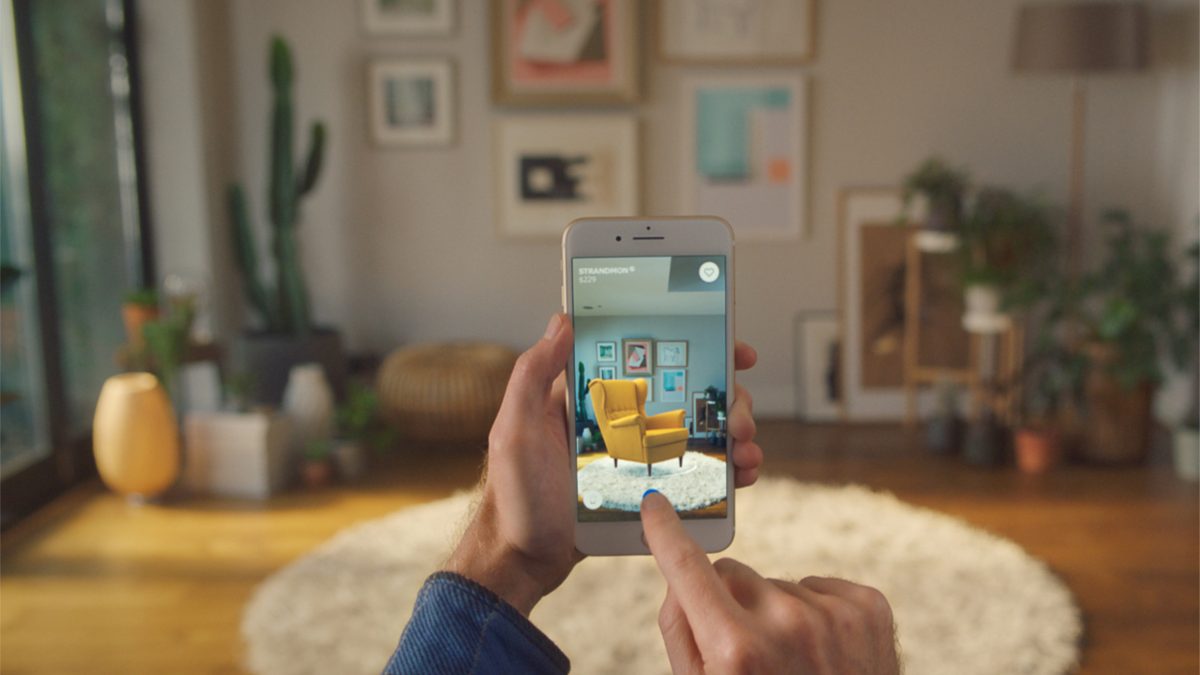 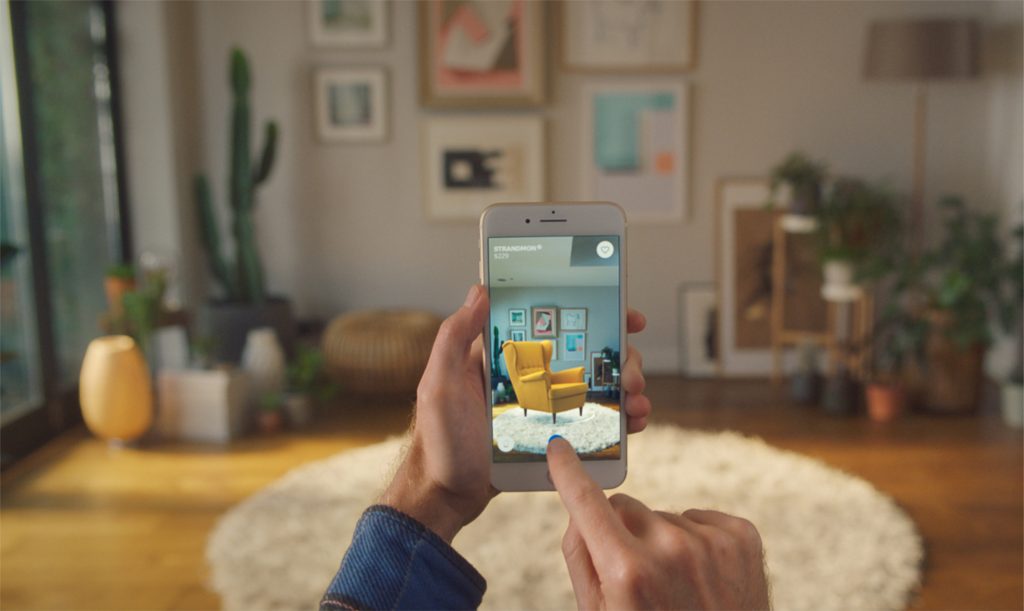 Copenhagen’s Kødbyen in the Vesterbro district used to be home to the city’s meat industry businesses, with buildings dating from 1883, but in recent years the area is alive again, this time with creative businesses, bars and trendy restaurants. Although the term literally means “meat-town” it’s usually translated as Meatpacking District, after New York City’s neighbourhood which in the late 90s underwent a radical transformation and today has high-end boutiques catering to young professionals and hipsters.

One of the buildings in Kødbyen houses IKEA’s lab Space10, where bioengineers, chefs, designers and architects imagine the future of cities and the future of the Swedish furniture giant’s business.

Here, in this future-life lab IKEA has built among other things an app –available both on iOS and Android- that allows you to drop virtual furniture into your own living room. The app, called Place, makes use of augmented reality and allows you add a computer-generated image on top of the image of your room. You just aim the camera at the corner of your house that you want to redecorate, select a piece of furniture from IKEA’s catalogue of more than 3,000 products and then “place” it there.

To enhance the experience, the piece of furniture drops on the floor of the room with a thud and a slight vibration of the phone. These thuds were carefully designed by a foley artist at Swedish sound studio Plan8, so that they sounded like a real piece of furniture being placed on the floor. The app automatically scales the size of the objects to the room and the rendered images of the three-dimensional objects come with shading that responds automatically to the lighting conditions in real time.

IKEA has in fact been using photo-realistic renders of its products instead of photographs for quite some time. Most of the things in IKEA’s catalogue, believe it or not, are not real. The company was an early adopter of other technologies, like virtual reality, wireless charging, smart lighting and solar panels.

Space10, the company’s innovation unit in Copenhagen, proactively looks for partners to complement its internal talent and help it develop ideas and tools so IKEA can stay ahead and reach consumers in new and surprising ways.

The Place app came about when Apple approached IKEA with its new API tool ARKit, created for developers working on virtual reality and augmented reality applications. Among other things, ARKit accurately maps surroundings using simultaneous localization and mapping algorithms (used for example in self-driving cars, unmanned aerial vehicles or domestic robots). Also, with the help of camera sensors, the software estimates the lighting in a room, so it can show the virtual objects realistically.

The app doesn’t allow you to buy the product just yet, but it will in the near future. It does allow you to save or share whatever you do in the app with others and even reserve the items in your closest IKEA store. Another feature of the app is that it will allow you to scan an object in the real world with the smartphone camera and offer you a similar product, but from the IKEA catalogue.

Place is just another example of how technology, mobile phones and innovative companies are changing the way we buy things. On the day of its release Apple’s Tim Cook said that Place was the future of shopping.

Other brands are also experimenting with cool apps to add value to their retail experience. This week, for example, I learnt from a friend who works at Inditex that Zara has an app that will allow you, when in a store, to see a video on your mobile phone of a model wearing the garment you have just photographed.

A fun feature, soon to be added to Place app, will let you enter an augmented reality portal that shows you an IKEA warehouse that you can then explore moving around with your smartphone, which I think is pretty cool. To access the portal you have to shake your phone. Other future features include the possibility to select a budget and having an assistant offer you suggestions based on that budget.

One of the most revolutionary aspects of IKEA’s app, however, is that it will for the first time allow the company to look inside its customer’s homes. It’s easy to imagine the potential for IKEA -or any company- to be able to do this, but for the time being it will not use this information. In fact it is deleting this data. The company is using technology in innovative ways that help it stay relevant for its customers but it also knows that it is very important to behave responsibly.