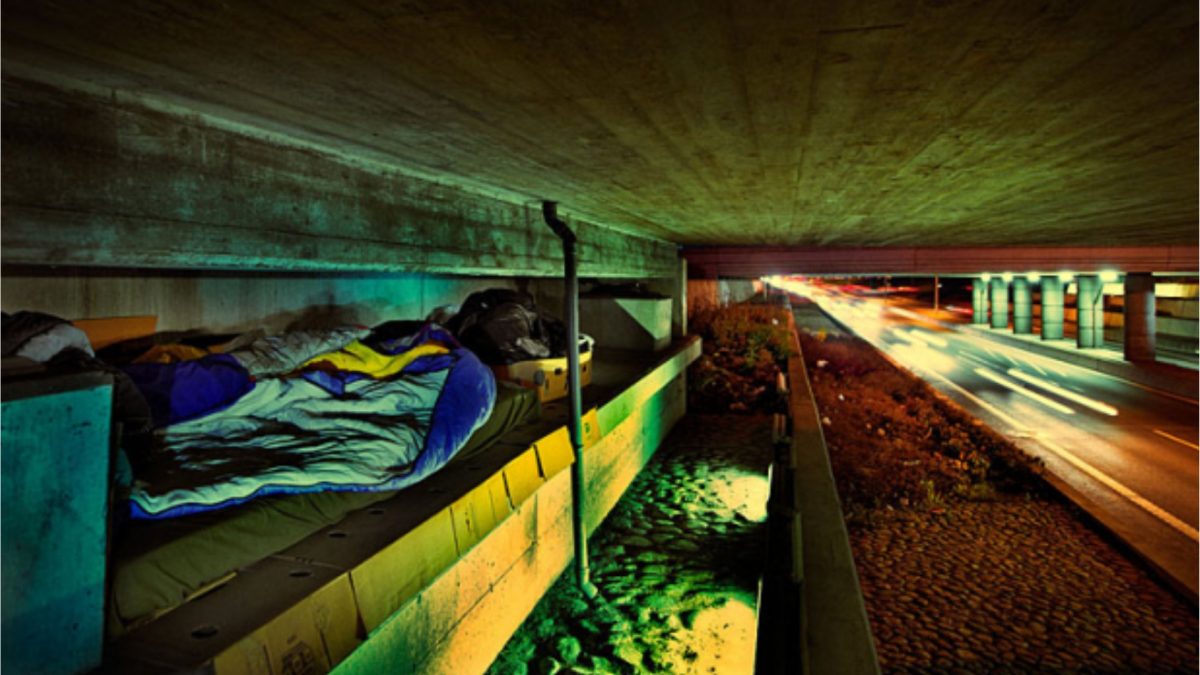 Despite having a highly developed economy, the world’s eighth highest per capita income, ranking 7th in the United Nation’s Human Develoment Index and being the second most competitive country according to the World Economic Forum, homeless figures are increasing across Sweden. It is not only drug addicts who end up in the streets, now there are also people who lost their homes when their businesses collapsed during the economic crisis. Nationally, the figure is estimated to be approximately 34,000. It’s a problem no one really likes to aknowledge, especially in cities like Gothenburg, Sweden’s second city, where there are more than 3,000 homeless. In Malmö, more than half of the people without a home are women and children.

Faktum Hotels offers a unique experience. Guests get to be homeless for a night to get an idea of what it is to sleep with fear, out in the open and in the cold. The options include sleeping on a filthy mattress under a bridge by the junction of the Säve and Göta rivers, a sleeping bag in the park, or simply lying down on some cardboard boxes and newspapers at an abandoned paper mill. Each site, or “room”, has been chosen by a member of the homeless population that collaborates with Faktum, but of course there is no way to guarantee the availability of the rooms. They could actually disappear with no prior notice.

Many people have tried the idea, 1000 rooms so far have already been booked, but most can only stand a few hours.You can also book for a friend. The concept, which is part social commentary and part installation, helps fund Faktum’s non-profit organization and has the objective of raising awareness of the plight and situation of homeless people.

It is always difficult for non-profits to get people to donate money to causes, so they have to be increasingly creative to get the message across to a population desensitised, accustomed to watching the news as entertainment. Faktum has found a way of provoking thought using a format not too different from an artist’s. Below, a picture of an exhibition on Faktum in Gothemburg.

Faktum started as a street newspaper, it was founded in 2001 and is sold by people who are homeless in Gothemburg.

To visit the sites, environmental sound included, go to their website Faktum Hotels.