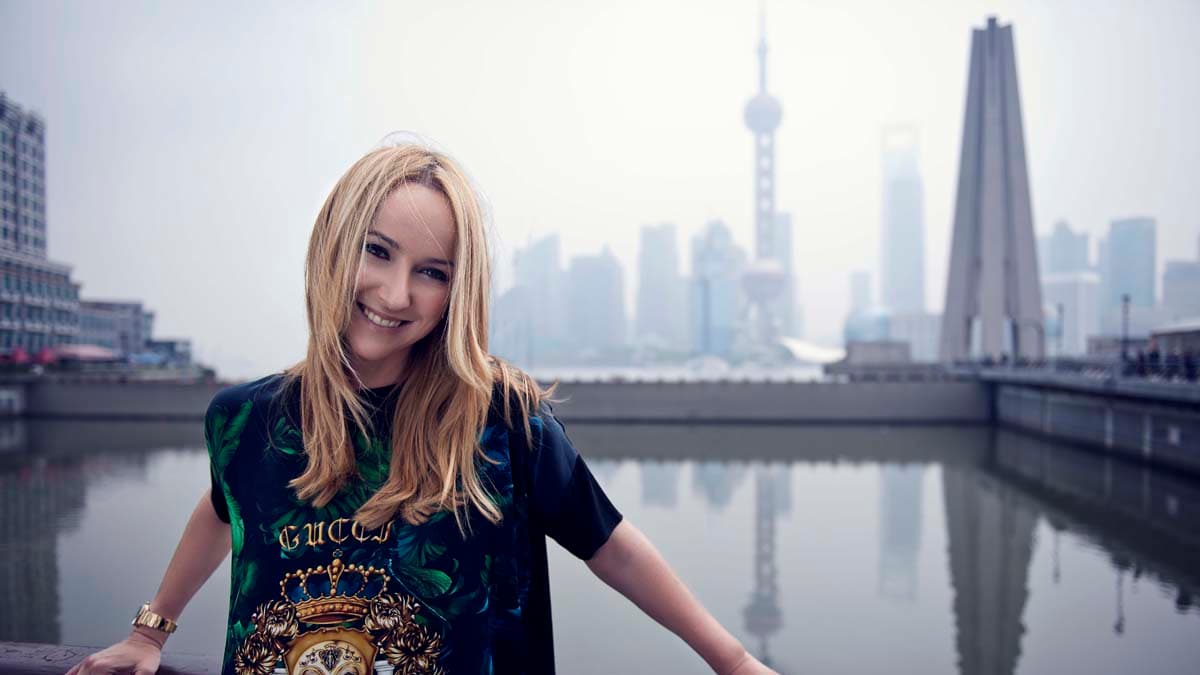 Frida Giannini became Creative Director at Gucci in 2006, two years after Tom Ford -the man responsible for bringing the brand back from the dead and credited with turning it into a money machine- left the Italian fashion powerhouse. Under Ford, sales increased by 90% and when he left, the company was valued at $10 billion. Stepping into Tom Ford’s shoes wasn’t going to be easy, of course. However, Frida has been able to create her own style, more colorful and feminine, and she has continued to add value to one of the most solid and recognizable luxury brands today.

Since becoming Creative Director at Gucci she has been active in Gucci’s ongoing and new philanthropic activities. She has been key in the brand’s partnership with UNICEF, for example. Gucci supports UNICEF’s “Schools for Africa” project -to which it has donated more than $12 million so far- and is the first corporate partner to support its “Schools for Asia” initiative, launched this year, to provide access to quality basic education for children in Asia.

Frida Giannini is a founding member of the PPR Foundation for Women’s Dignity and Rights. Gucci is also supports the China Children and Teenagers Fund, a non profit charity organization that fights to solve youth welfare issues in rural and impoverished regions of China. The Gucci Tribeca Documentary Fund offers finishing funds to feature-lenth documentaries that highlight social problems everywhere. In 2011 The PPR Foundation for Women’s Dignity & Rights partnered with the Tribeca fund to create a specific award for projects that “illuminate the courage, compassion, extraordinary strength of character and contributions of women from around the world”.

With these and other philanthropic activities, Gucci sets high standards for itself. But it has also embraced sustainability. Gucci’s new range of packaging, created by Frida Giannini and introduced in June 2010, is 100% recyclable, with the paper sourced only from certified forests. In the future, packaging will include the use of other biodegradable materials, such as corn, bamboo and cotton. Mannequins in stores will be made of 100% recyclable polysterene finished with water based paints. Printed brochures and catalogues are being phased out and replaced by electronic equivalents.

This year Gucci also achieved certification by The Responsible Jewellery Council for meeting the highest ethical, social and environmental standards in its jewellery collections. Frida Giannini firmly believes that being a jet setter today is different to what it was in the 60s or 70s. Today’s jetsetters, many of whom are Gucci clients, are conscious and believe in social responsibility.

Frida is a confessed admirer of music –she collects vinyl records and reportedly has more than 8,000- and likes to meet and be surrounded by artists. She is equally passionate about movies and movie stars.

Gucci’s history has been richly influenced by cinema and the brand actively participates in Martin Scorsese’s The Film Foundation, a nonprofit organization dedicating to protecting and preserving motion picture history. Giannini has supported the foundation in its efforts to restore movie treasures that are in serious danger of being lost. Each year Gucci pays for the restoration of at least one movie, so far it has paid more than $2 million. The list of movies already restored includes Visconti’s Il Gattopardo and Senso, Antonioni’s Le Amiche, Fellini’s La Dolce Vita and Leone’s Once Upon a Time in America.

As a tribute to Hollywood, Gucci usually hires relevant film-makers to direct its advertising campaigns. One of these directors was Frank Miller (Sin City), who created a spot for Gucci’s fragrance Guilty.

For one of its latest campaigns, for the fragrance Premiere, Gucci chose director Nicolas Winding Refn. The film was shot at the Sheats Goldstein Residence, an iconic building constructed in the 60’s by architect John Lautner in Beverly Crest, Los Angeles. The unique house, that blends itself with the surroundings, is one of the most famous in Los Angeles and has appeared in countless films and has been immortalized in photographs by the likes of Julius Shulman. The film features Blake Lively, an actress from Los Angeles, and is inspired in Hollywood’s golden era glamour.

Gucci is also one of the few companies that actually knows how to use social networks. Gucci allows its internet fans, for example, to watch the livestream of its fashion shows, having even the option of being your own “producer” during the show, because you can switch between different camera angles. Playing around with the idea of an art installation, in one show the celebrities and other guests at the fashion show could also see, on vidiwalls, the webcam images of those watching them from home.

Under the leadership of Frida Giannini, Gucci shows that a luxury brand can be, not only about glamour, but can also represent philanthropy, corporate responsibility and innovation and creativity at every level.