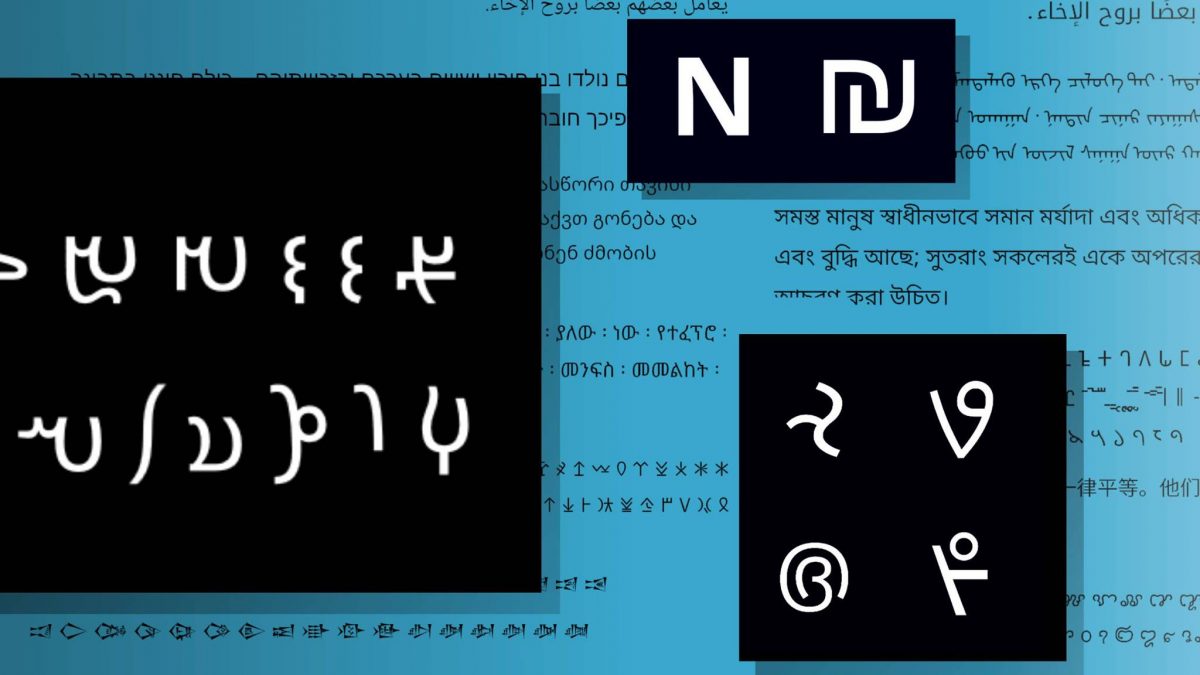 When a company like Google decides to do something -anything at all- it’s bold, it’s big and it’s ambitious. There are no small projects at Google. When the whole world is your stage you know that your actions will have or could have global impact.

Google has partnered with Monotype, a company that specialises in typeface design as well as text solutions for use in consumer electronics devices, to create “Noto”, an open-source typeface family. The 5-year collaboration is the largest typographic project ever undertaken. The idea was to design a font that would include every written language in the world, living and dead, while at the same time remaining homogeneous and cohesive as a whole and also respectful to each language’s cultural specificity. From Cyrillic to Cherokee, from Hebrew to Mongolian, the type family spans more than 100 writing systems, 800 languages, and hundreds of thousands of characters. One of the objectives was to digitally preserve rare or dead languages, enabling language communities to create new heritage in the digital world.

Hundreds of researchers, designers, linguists, cultural experts and project managers around the world participated in the effort. Even Buddhist monks were asked to evaluate and make recommendations in the case of the Tibetan typeface. The work is not finished, so far only the sans serif family has been completed. Some letters can be found in up to eight weights and there are also numbers, symbols and musical notations.

The name “Noto” is an abbreviation for “no more tofu”. When a computer or mobile phone cannot display a character because the fonts installed do not support that character, a small blank square or box appears on the screen. Technically this symbol is called .notdef (“not defined”), but more popularly it is called tofu, because tofu is frequently served in squares in restaurants. Google wants to get rid of the tofu forever.

As a graphic designer myself, I found this project fascinating.