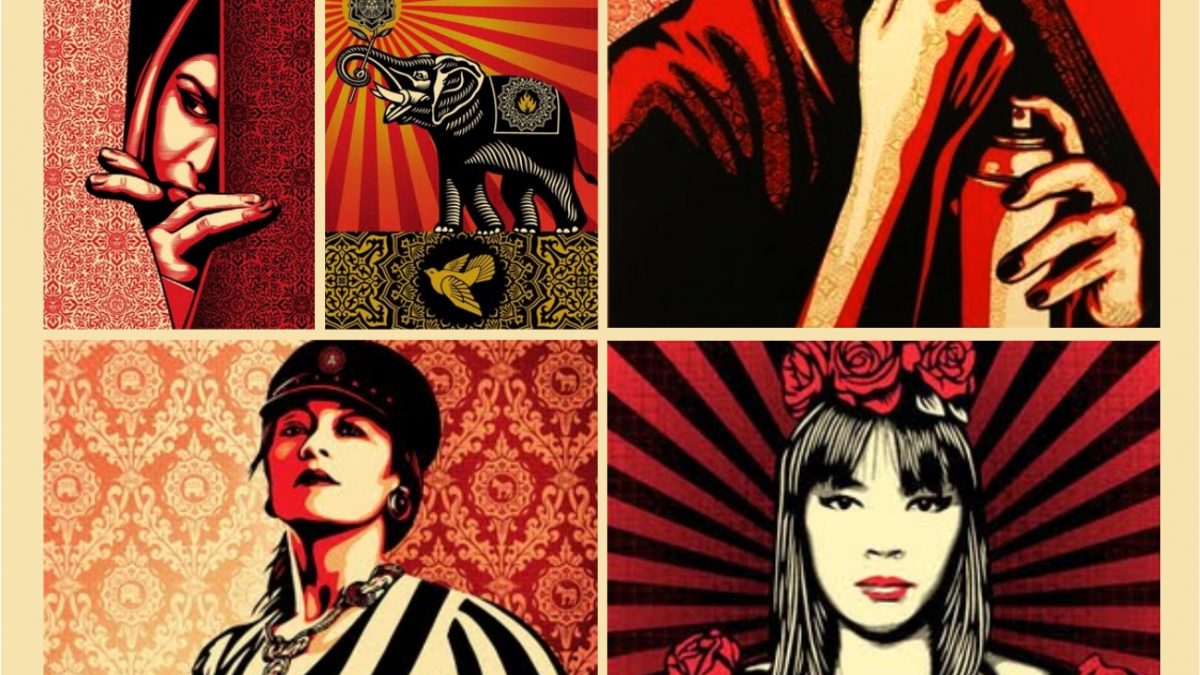 Frank Shepard Fairey is the artist who designed the 2008 iconic “Hope” poster for Barack Obama’s presidential election campaign. Being a skateboarder, his art was from the very beginning subversive. He started creating stickers, t-shirts, skateboards, and posters that he originally sold via black and white mail order catalogs. He has always been involved in branding, marketing and design. In 2004, Fairey with a long time friend also created a quarterly publication, “Swindle”, a magazine that documents pop culture, fashion, and music.

Shepard Fairey has publicly supported the Occupy movement in the United States, creating a new image. This time it’s the face of a demonstrator wearing a Guy Fawkes mask, from the movie V for Vendetta, a sort of symbol of rebellion for a new generation. Shepard Fairey is one of the most influential street artists today and his work is exhibited in museums, including the National Portrait Gallery in Washington and the Victoria and Albert Museum in London.