FOG IN THE JURASSIC COAST 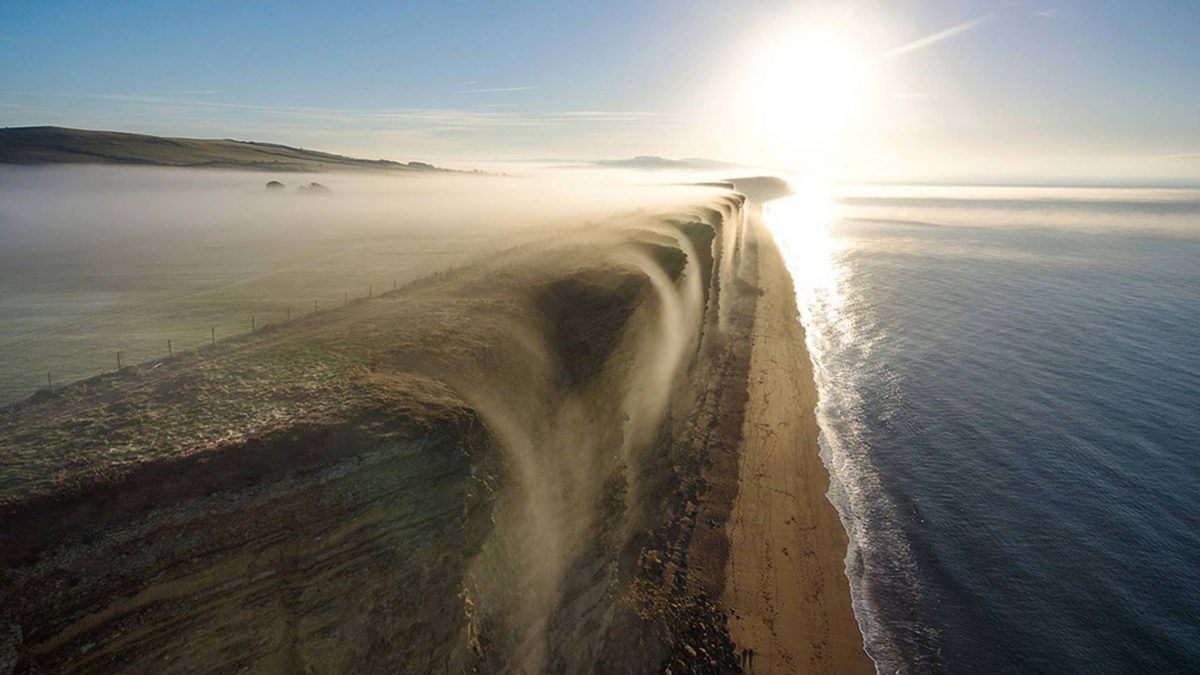 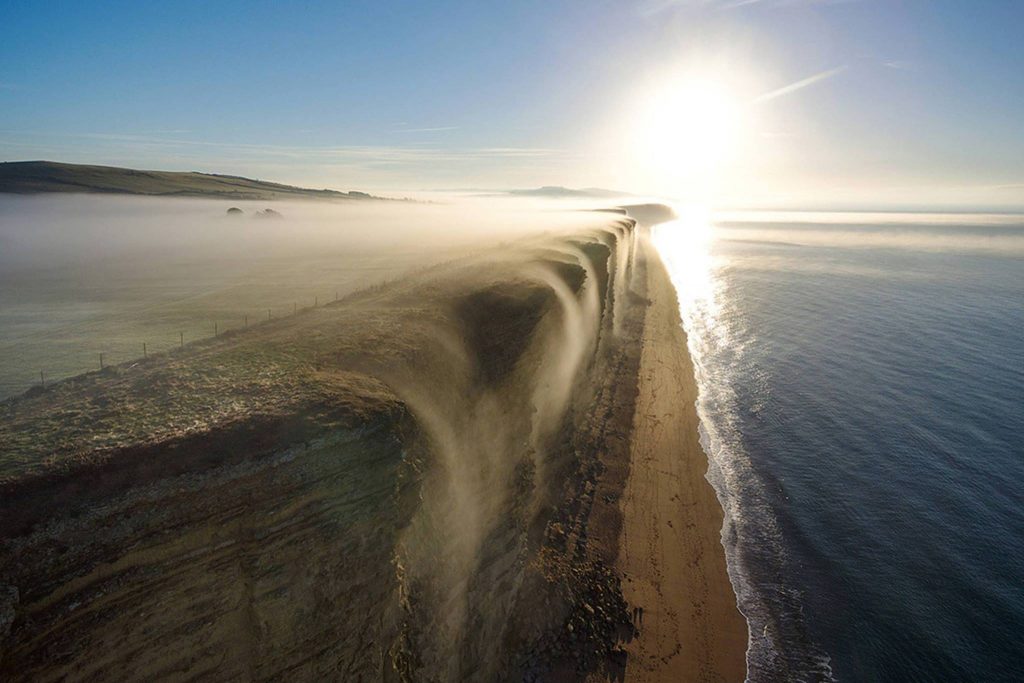 It is called the Jurassic Coast because its 154km, that stretch from from Exmouth in East Devon to Studland Bay in Dorset, facing the English Channel in southern England, display 185 million years of geological history. Erosion has exposed an almost continuous sequence of rock formation that spans the Triassic, Jurassic and Cretaceous periods. Considered by geologists and geomorphologists one of the most significant research sites in the world, it was declared a World Heritage Site in 2001.

This beautiful time-lapse video was caught at sunrise by James Loveridge, a local photographer, using a drone. It shows a bank of fog flowing over the cliffs, almost like a waterfall. BBC weather presenter Alexis Green explained the likely cause of the peculiar phenomenon: as it was rising, the sun started to heat the ground and cause a light northerly breeze, which pushed the fog off the cliff. Very cool. Wish the video lasted a little longer, though.