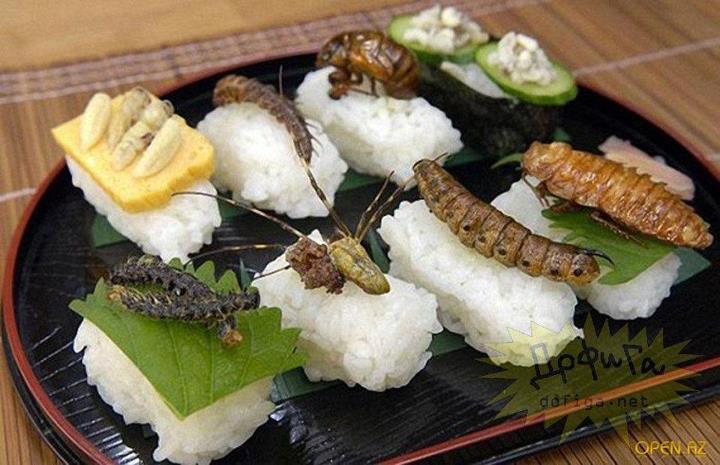 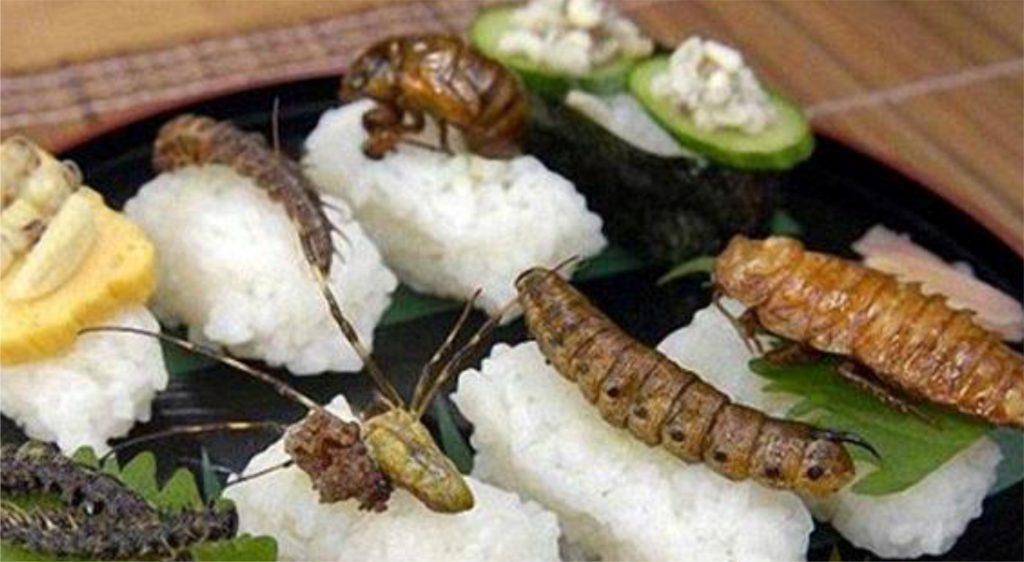 Entomophagy is the consumption by humans of insects as food. Although you may not know anyone who actually eats insects, and may think it is a marginal practice, the United Nations’ Food and Agriculture Organization is very serious about the matter. The raising of livestock such as cows, pigs and sheep occupies two-thirds of the world’s farmland and generates 20% of all the greenhouse gases driving global warming. This is a very serious problem.

Max Burgers, the Swedish burger chain recently took the counterintuitive and risky step of trying to influence its customers to eat less meat. The chain even displays climate footprint data in each store. A 2007 Japanese study estimated that the CO2 emitted to produce 1kg of beef is equivalent to the CO2 emitted by a medium-sized car travelling 250km. There is actually a meat crisis, because world population will grow from six billion today to 9 billion by 2050, and we are consuming more meat, not less. 20 years ago the average was at 20kg, now we eat an average of 50kg per year. According to the US Department of Agriculture Americans are eating more than 88kg per year per person today.

The UN, among other institutions, wants to reduce the amount of meat that we eat and is looking for alternatives. The FAO conference in 2008 in Thailand had the name “Forest Insects as Food: Humans Bite Back” and their 2013 world congress will push for greater development of insects as a food source and an alternative to meat.

There are many reasons that should make us seriously consider changing our food habits. In terms of combating global warming, recent research shows that farming insects such as locusts, crickets and mealworms emits 10 times less methane than cows, pigs, sheep and chickens. They also produce 300 times less nitrous oxide, also a warming gas, and much less ammonia. Being cold-blooded, insects don’t need to convert food energy into heat, meaning they need less food to grow. They don’t need light and their growth cycle is only six weeks long. You can breed them any time of the year. All they need to eat is organic waste.

Another reason insects are sustainable and convenient is the relationship between feed input and edible output. For every ten kilograms of feed, you get back one kilogram of beef, three of pork, five of chicken, and nine if we are talking about locusts. The optimisation of costs and benefits is incredible. All this makes farming insects a much more sustainable alternative and some insects have as much protein as meat and fish. FAO says that there are 1,462 species of recorded edible insects.

Despite the fact that insects are often considered carriers of infectious diseases, the sources of the worst viruses of the past few years have been cows (mad cow disease), pigs (swine flu) and poultry (avian flu). Insects are, genetically speaking, very far from human beings, so do not have the capacity to mix their viruses with ours.

The truth is that bugs are already a part of our diet, we already eat traces of them in prepackaged, processed food. There are insect fragments in canned tomatoes, in dried fruit boxes and in peanut butter. Anyone who buys organic produce ingests them in even greater quantities. Insects have been consumed for centuries by Native American tribes, in Mexico, in Colombia and the Amazon basin, in Africa, Japan and of course Australasia. They were popular in Victorian England, as well, when there was a craze for oddities.