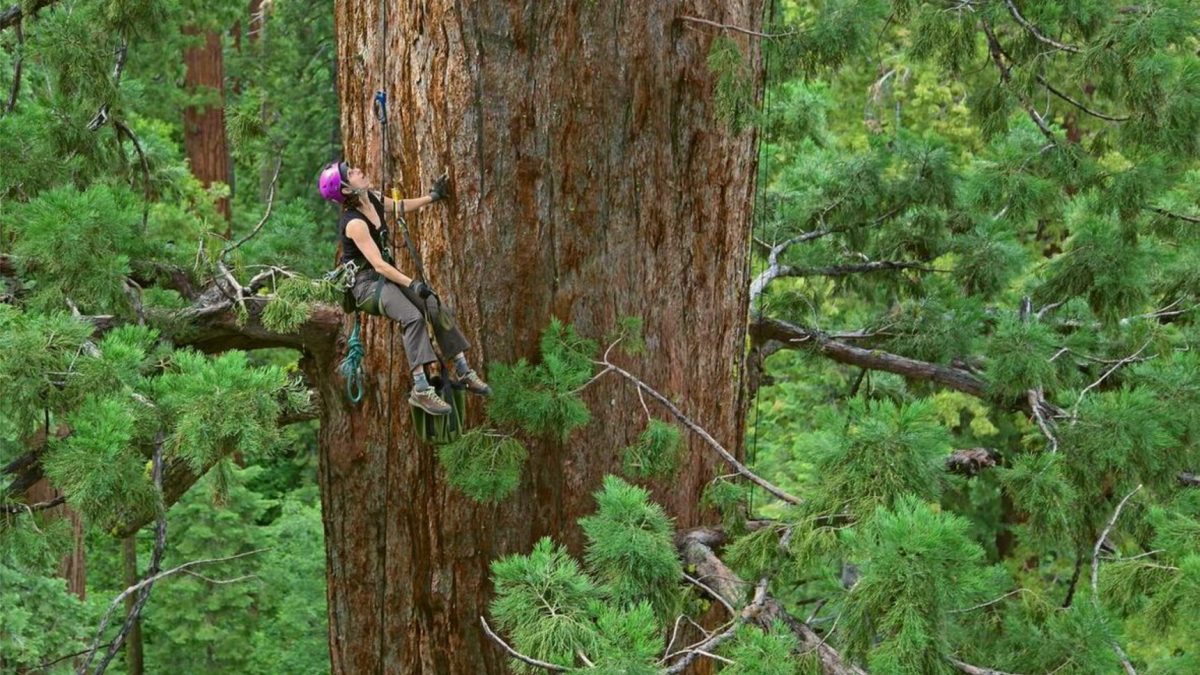 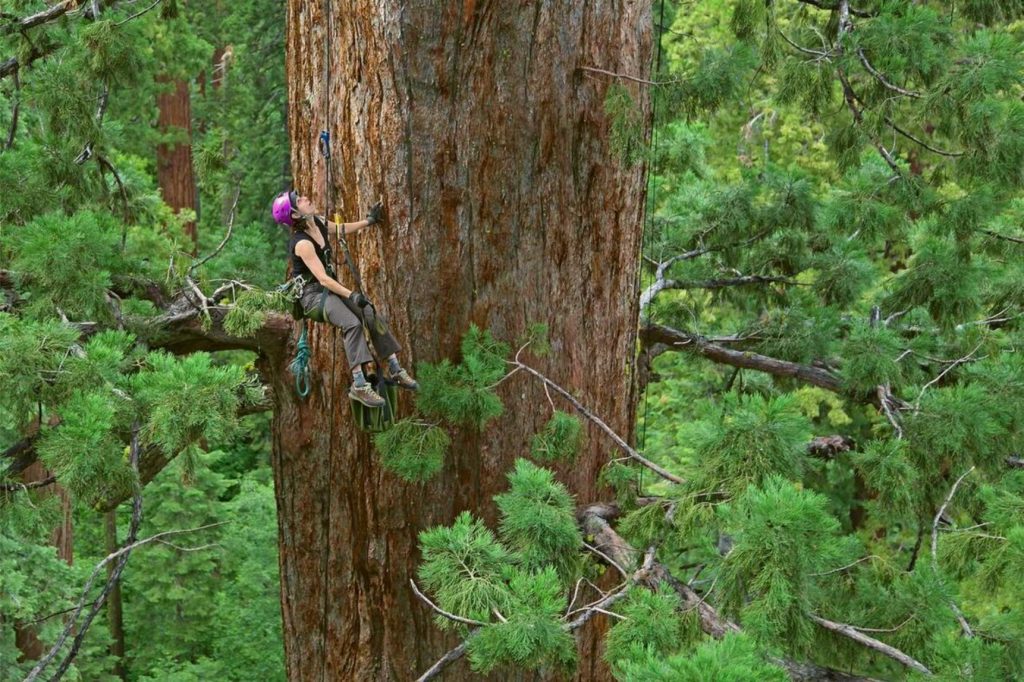 Sequoiadendron giganteum –giant sequoias- are among the oldest living things on Earth (1,800 years or more) and they can reach a height of 115 meters and trunk diameters of up to 9 meters. These evergreens can be found along much of coastal California and also in Oregon.

It is estimated that a single sequoia tree can pump up around 2,000 liters of water from the ground per day and up to 3,000 on a hot summer day. Because each tree needs such massive amounts of water, scientists are worried and have been busy conducting studies to evaluate their health and see how they are faring in the worst drought California has experienced since record-keeping began. The drought, which began in 2012, has already killed a hundred million different types of trees. Sequoias have proved especially resilient and have apparently survived by closing ther leaf pores and dropping leaves, but scientists need to understand if the giant trees could be in danger.

This cool 360º video by National Geographic allows you to follow researchers as they climb to the canopies of majestic sequoias (make sure you drag the image to enjoy the 360º experience as you go up). Very cool. 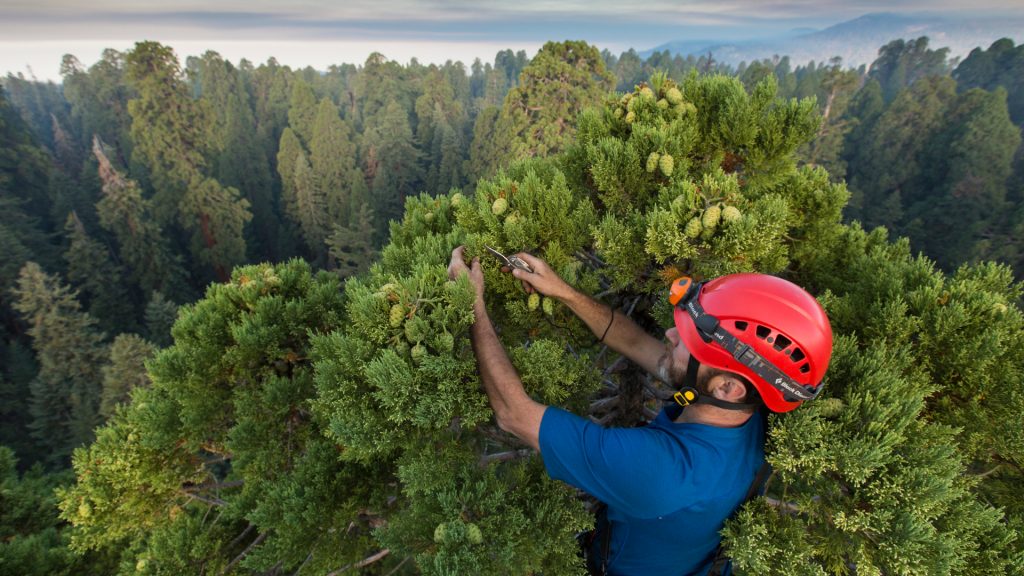 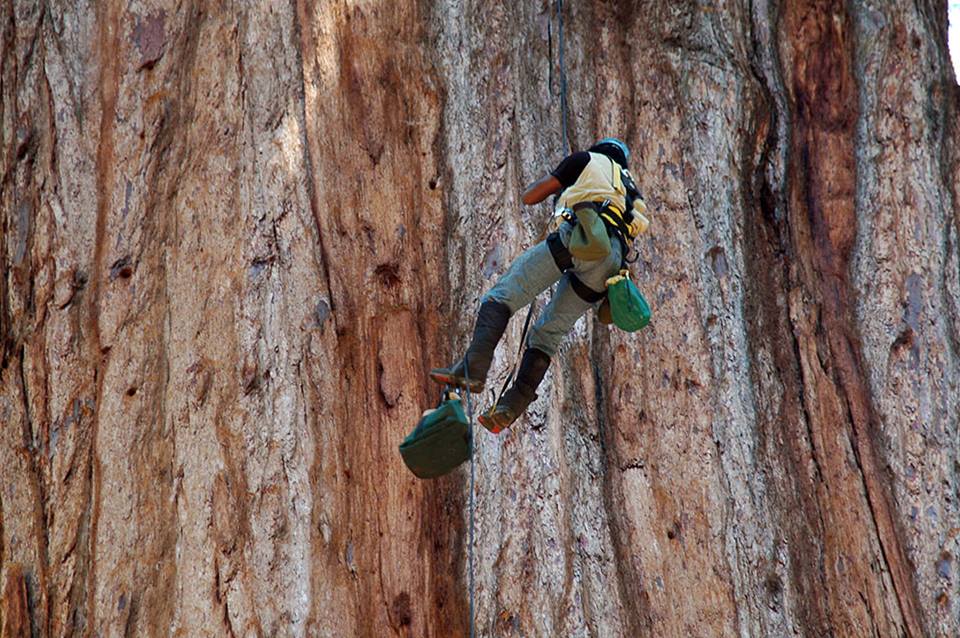 More about how sequoias are coping with drought here.