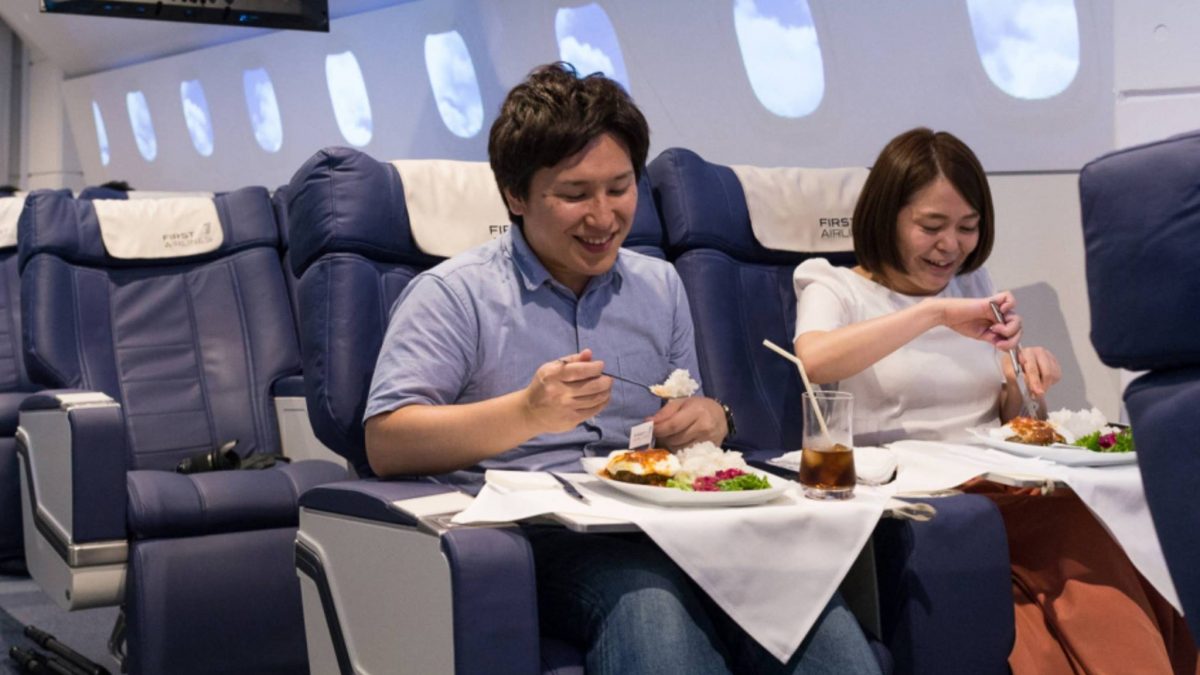 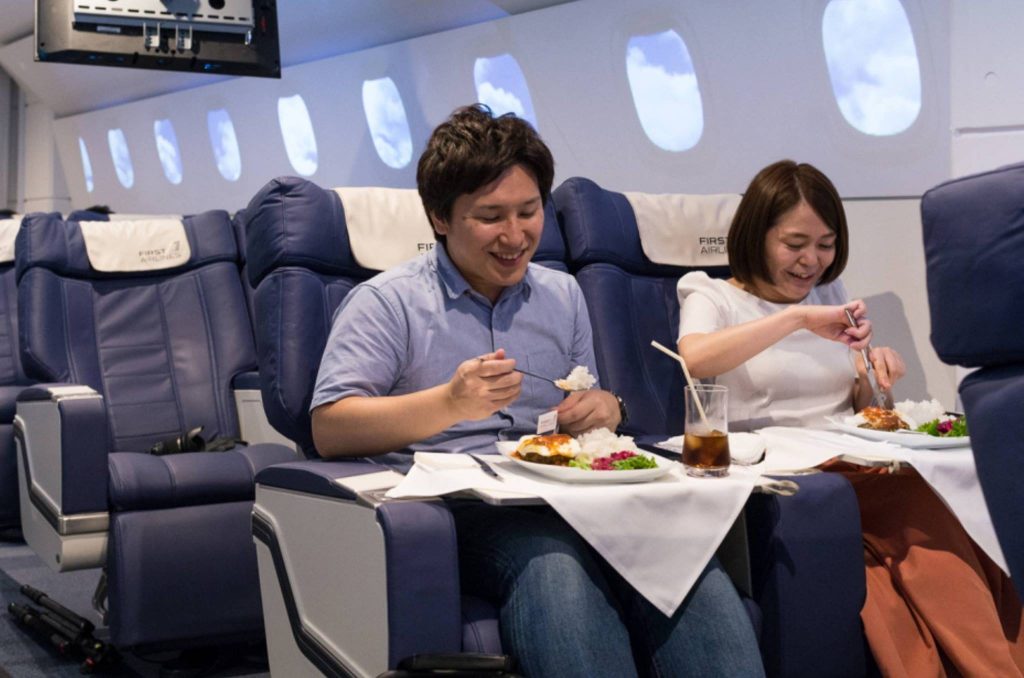 Because my family moved around so much when we were young, I grew up to become very curious about the world and also loving air travel. Airports and planes have a special symbolism for me, they are never neutral places, they represent many feelings and emotions. So I found this initiative by a Japanese entrepreneur Hiroaki Abe really cool.

First Airways offers an experience inspired in air travel, but fun, without the hassles of a real airport: the anxiety, the endless queues or going through security.

Located on the eight floor of an office building in Tokyo, First Airlines is part cinema, part restaurant, part theme park and part theatre. There is a check in. There are also flight attendants -wearing an official First Airlines uniform- trained by former Japan Airlines and Etihad Airways crew. Seats are real airline seats, from Turkish Airlines planes. You have flight information monitors, in-flight entertainment, safety demos, engine noise and even views of the runway through the windows. You depart from an imaginary Ikebukuro airport.

Menus vary, depending on the destination, with meals inspired in local food. If that were not enough, you also get virtual reality headsets with 360º videos of the destination cities. And since the idea is to be as authentic as possible, the video of Honolulu -one of the destinations- was produced by the Hawaii Tourism Authority.

Because there’s only space for 12 “passengers” in the plane, you are also spared the inconveniences typical of crowded cabins. Oh, and no Economy Class on First Airlines flights. But tickets are more than affordable; you can buy a Business Class seat for about 39€ and a First Class seat for 46€.

The initiative has proved a hit since it launched in 2016, especially with elderly people who for different reasons cannot actually travel. Flights to Honolulu, Paris, New York and Rome are always fully booked. The airline will soon add domestic flights around Japan, with meals highlighting each region’s cuisine. The concept has also drawn the attention of the travel industry and Japanese travel agency HIS, for instance, lets clients of First Airlines trade their “boarding passes” for discounts on real trips. 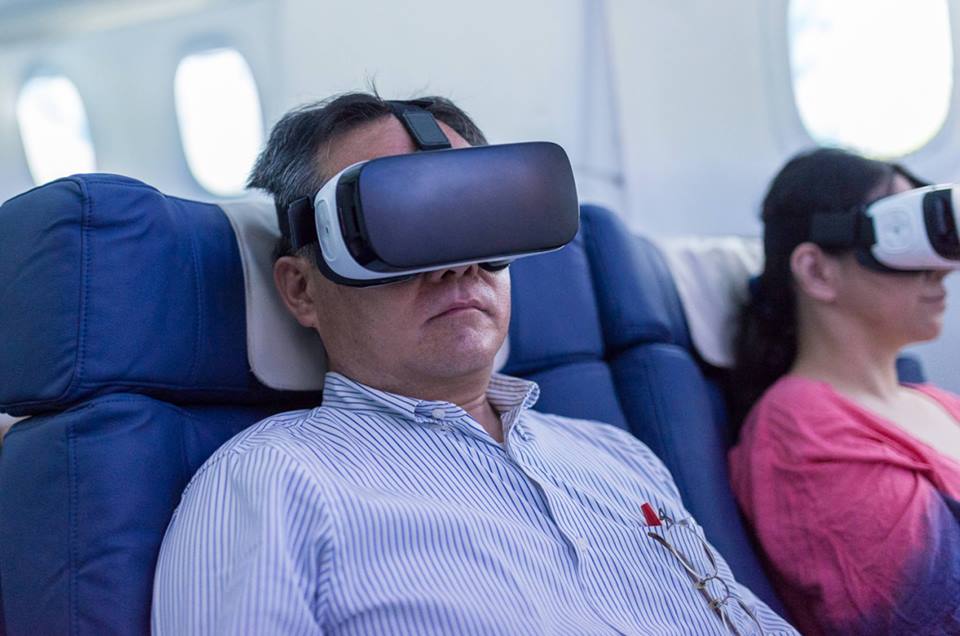 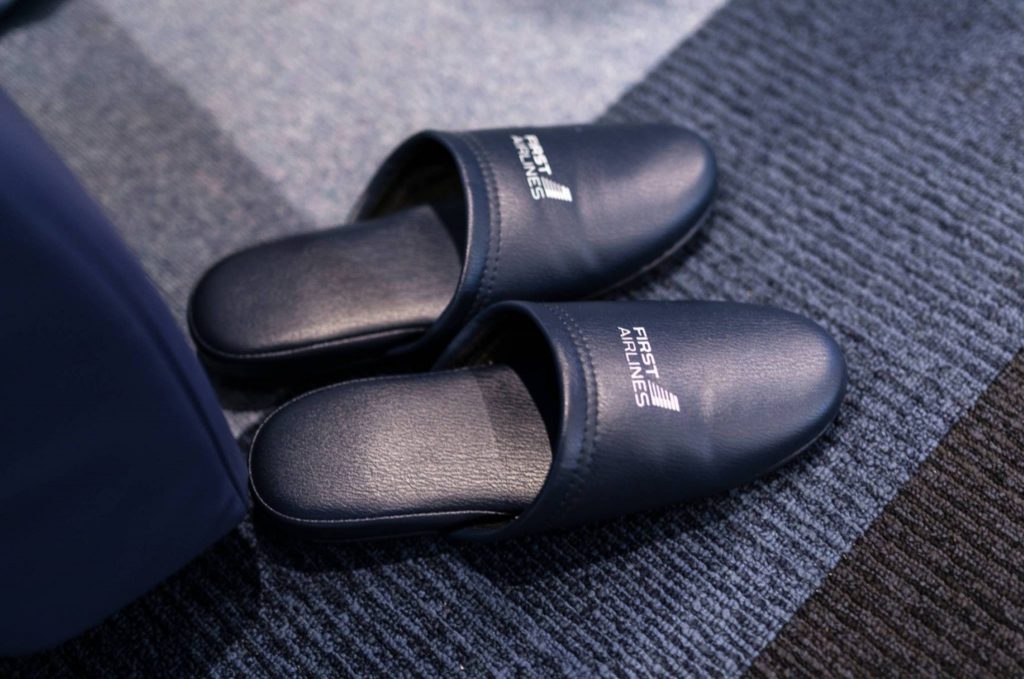