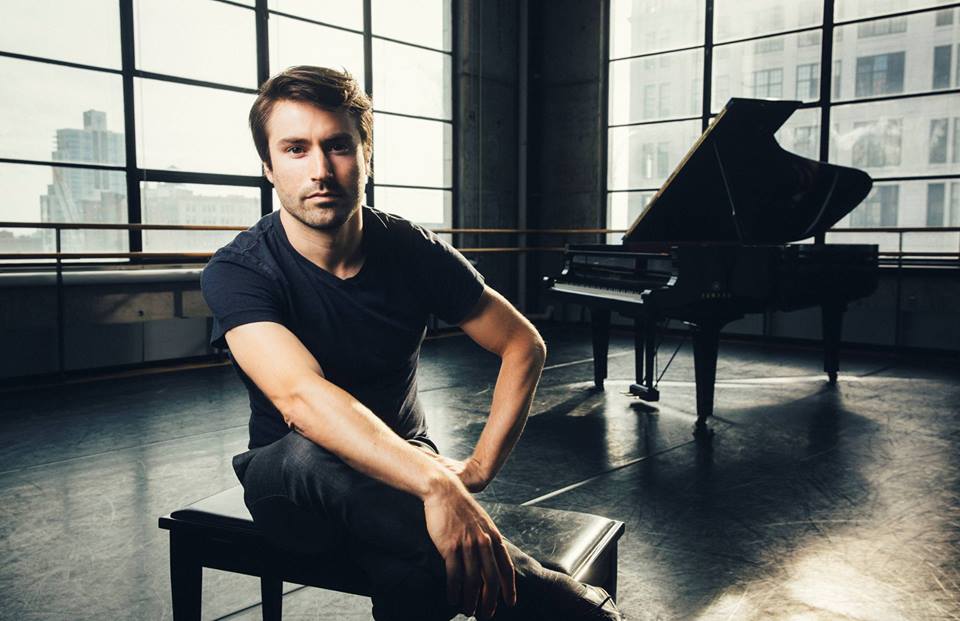 Although French-American jazz pianist Dan Tepfer has earned many musical awards -including a first prize and audience prize at the Montreux Jazz Festival Solo Piano Competition- and has played with great musicians like American saxophonist Lee Konitz, he is also a very creative innovator.

Dan comes from a family that loves both music, his mother was an opera singer and his grandfather was a jazz pianist; and science, his father is a biologist. Born in Paris, at the age of six Dan started piano studies at the Conservatoire-Paul Dukas and went on to obtain a masters degree in jazz piano performance from the New England Conservatory in Boston. But apart from a solid musical training, he also has a bachelors degree in astrophysics from the University of Edinburgh.

It is this interest in science which has led him to experiments that include integrating computer-driven algorithms into his improvisational piano style. More focused on the content than on the form, Dan likes to explore ways to isolate the message from the medium and has been programming algorithms to help him create music…because, yes, he also writes code.

This September, Dan will be presenting his latest project, Acoustic Informatics, to audiences at the Jazz Gallery in New York City. Dan uses open source software that interacts with his piano while he is playing. The Yamaha Disklavier is a piano that accurately saves an artist’s performance data as a Standard MIDI file and can then, reproduce the original performance, autonomously. In Acoustic Informatics, Dan’s Disklaver captures and sends his live performance to a computer that sends back -in real time- a previously programmed algorithmic response. One algorithm will echo the notes on a lower octave and another algorithm will play sets of notes in a dissonant minor ninth pattern.