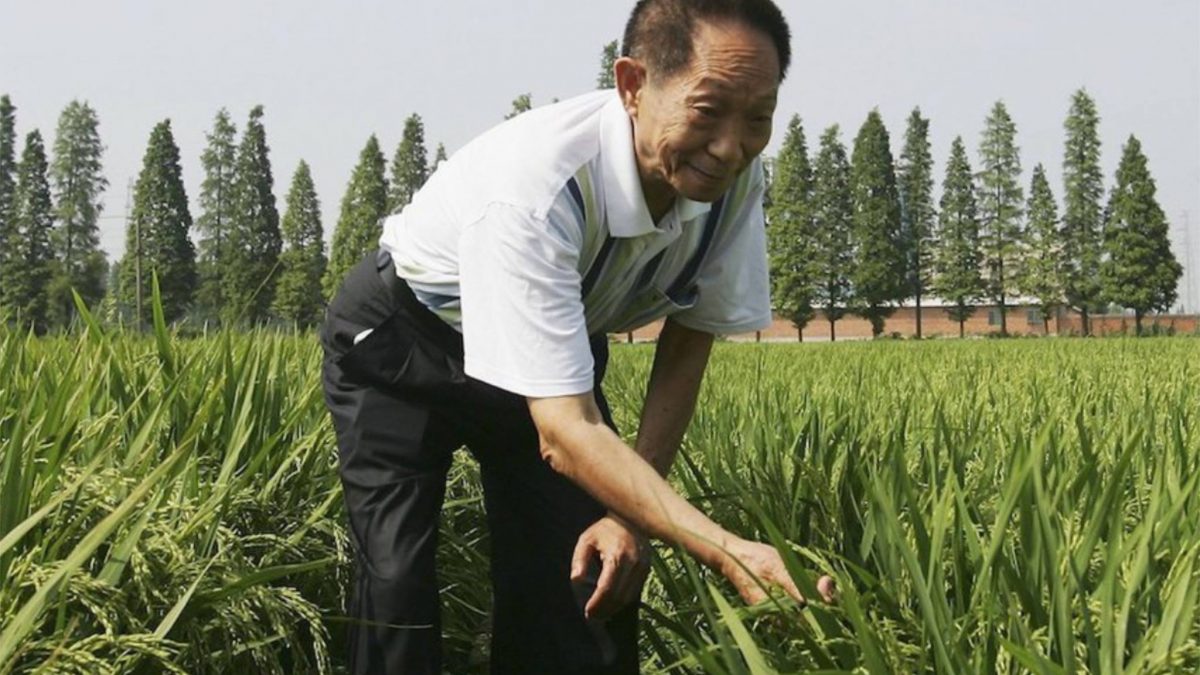 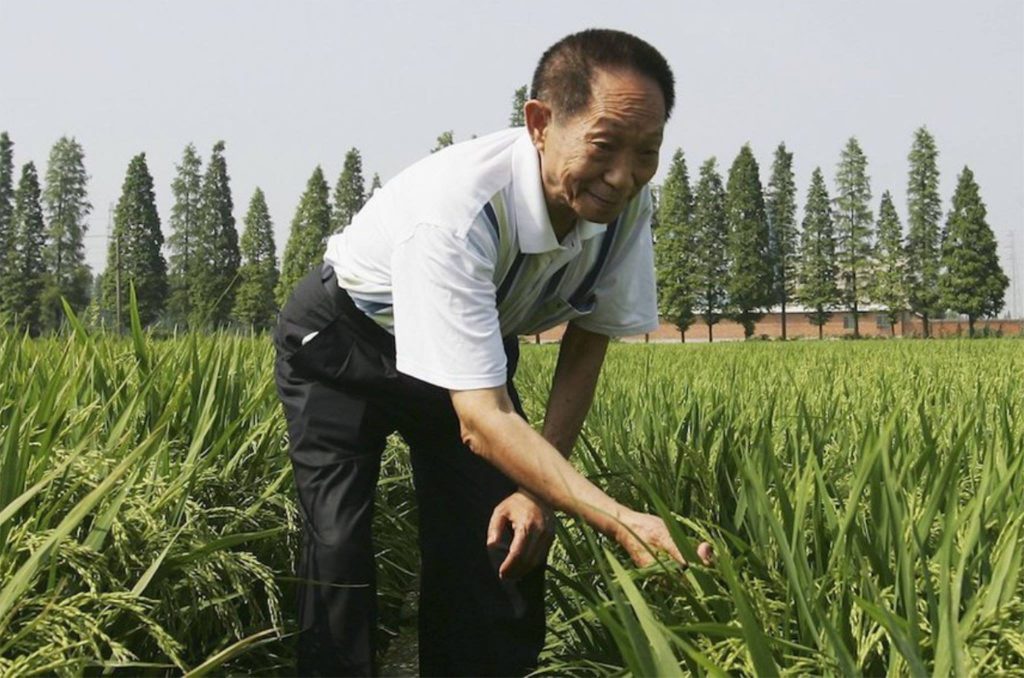 Yuan Longping is well-known in China for his pioneering research and development of the first hybrid rice varieties in the 1970s. The work of this agronomist had a huge impact in Chinese agriculture, which went from food deficiency to food security in approximately three decades.

Traditionally, rice is cultivated in fields that are flooded with fresh water. However, rice can be farmed this way only in certain regions of China. In many areas, soil contains more than 0.5% salt in it, the result of coastal flooding and tides. Salt stresses the plants, making photosynthesis and respiration extremely difficult. Professor Yuan was the first person to discover how to achieve heterosis in rice. Heterosis is the improved or increased function of any biological quality in a hybrid offspring. For a long time, it was assumed that developing a hybrid variety in rice was not possible, because rice is a self-pollinating plant, but professor Yuan’s found a way. In 1974, he commercially released a hybrid rice variety with 20 percent higher yields than previous varieties.

By 2003, half of China’s rice production area was planted with hybrid rice. Around the world today, 20% of rice comes from rice species created by hybrid rice based on professor Yuan’s research. In 2004, professor Yuan won the World Food Prize for developing the genetic materials and technologies essential for breeding high-yielding hybrid rice varieties and in China he has received numerous honours, including the State Supreme Science and Technology Award.

Professor Yuan, 88, is still very much active today. He is the director of the Qingdao Saline-Alkali Tolerant Rice Research and Development Center. This year, one of his teams has successfully grown and harvested rice in the desert of Dubai. Invited by Sheikh Saeed Bin Ahmed Al Maktoum, a member of Dubai’s ruling family, the Chinese team has grown dozens of varieties of rice in sand and diluted seawater on the outskirts Dubai. In May, agricultural experts from China, India, Egypt and the United Arab Emirates conducted production tests of these rice varieties and found that samples grown in Dubai yielded over 500 kg per mu (a Chinese measuring unit equivalent to about 0.07 hectares/666 square meters), compared with the other varieties, which produced around 400 kg per mu.

Although the results are promising, the team will set up a one square kilometer experimental farm this year to make sure the concept can be scalable. The team has an ambitious goal: to cover around 10 percent of the United Arab Emirates’ desert land with paddy fields. China and Dubai have also signed an agreement to promote seawater rice in other Arab countries.

As the climate changes and many areas around the world experience strange weather and climate patterns, desertification has become a real threat. Additionally, as sea levels rice, more and more countries will soon face the problem of soil with high content of salt. Professor Yuan has already contributed his grain of sand -and of rice- to prevent food shortages for future generations. 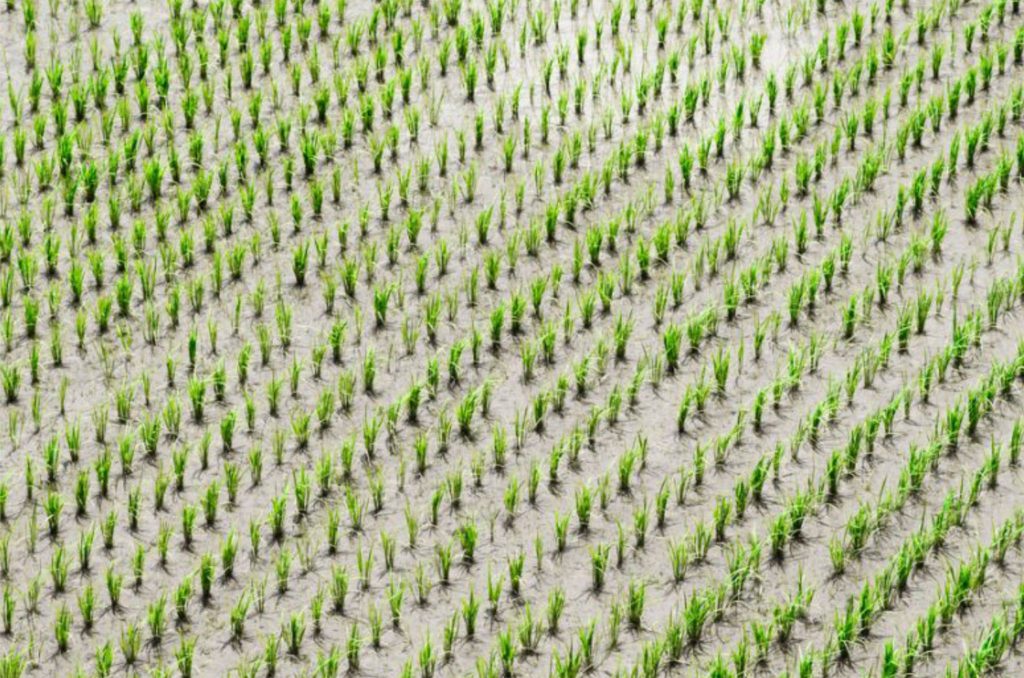